Stop me if this gets sappy. And it might. Because Selected Ambient Works 85-92—recently reissued by PIAS America—was the very first electronic music I ever bought, and certainly the first I ever heard over and over again. Long ago, before I was old enough to drive, I would sit in a small, cluttered bedroom in my parents’ suburban ranch house, absorbed for hours by the sounds contained on this disc. The creeping basslines, the constantly mutating drum patterns, the synth tones which moved with all the grace and fluidity of a professional dancer, the strange noises that I’d be unable to identify even if I tried. Back then, Aphex Twin was making music like nothing I’d ever heard before.

What’s become apparent since is that I probably wasn’t the only one affected. After last year's disappointing Drukqs, it’s easy to forget that, back in the Warp Records heyday, Richard D. James was to this new breed of ambient and electronic music what Babe Ruth was to baseball. Sure, there were upstarts; µ-Ziq, Squarepusher, and Autechre were all on the scene by the time this collection hit shelves. But James was still the poster boy, the presumed ringmaster, single-handedly defining a style of music in the minds of many. Now, as a new wave of mostly twentysomethings step to the forefront of IDM, redefining electronic music for the third time in a decade, it becomes more and more obvious just how far reaching James’ influence was.

There’s nothing new about this re-release, aside from improved availability and decreased cost. But then, improving on this package would be near impossible. Sure, the music on Selected Ambient Works 85-92 may sound a bit dated (as does, to be fair, most electronic music more than a few years old), but there’s no denying it was the defining statement of Warp’s early years, and the foundation for the careers of bands like Boards of Canada and Plaid. 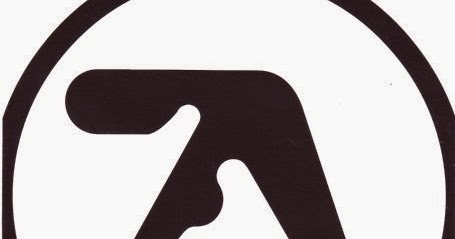 The songs here are not ambient in the same way as those on this disc’s sequel. Technically, most fall into Brian Eno’s broad definition of the style—it can be appreciated in small segments just as much as in its entirety. The music develops slowly, unafraid to linger on a particularly effective sound for as long as necessary—the creeping keyboard loop of “Schottkey 7th Path,” for example, is continually modified throughout the course of the song, but never once eliminated from the mix—but James would never be content as a mere follower in anyone’s footsteps. His work here serves a model for what would come to be known as traditional IDM. A simpler version of the style we’ve grown accustomed to, certainly, but IDM nonetheless.

James’ early work is heavily indebted to early dance music, filled with beats so eminently danceable as to confuse those who only know him from the spastic drum patterns that came later. There’s little of that here, though. Selected Ambient Works 85-92 is, rather, an album stretching back to the days before software allowed for heavy sampling or glitch technology. Drum machines serve as its backbone and synthesized bass and keyboard sounds provide the meat. Most of the songs follow a relatively basic formula as well. One element—say, a synth melody—is introduced and repeated, and as new elements are added with each go round, the song gradually builds to a dense, multi-layered swirl. This Ravel-esque approach flavors much of James’ older material, and yet, despite the simplicity of his equipment and approach, the songs here are both interesting and varied, ranging from the dancefloor-friendly beats of “Pulsewidth” to the industrial clanks and whirs of “Green Calx.”

Indeed, these early works do a fine job of showcasing James’ ability to transform even the most seemingly mundane patterns into something unique and interesting. “Hedphelym,” for instance, is built around a relentless headache-throb cliché of a house beat. But James surrounds the pulsation with an ethereal feedback that bleeds all over the track, leaving the percussion awash in a murky solution of synth tones, pairing dance music with ambience in ways the Orb never dreamed possible.

Slightly more structured (and equally enjoyable) is “We are the Music Makers,” a track which follows a drumbeat and a bassline past a pair of intertwined synth loops and a repeated Willy Wonka vocal sample as simple keyboard melodies pour down from overhead. But the aforementioned “Green Calx” is the closest Selected Ambient Works 85-92 comes to the spastic trickery of which James would become such a pioneer. It matches pitchshifted tones and drum machines with a burbling bassline, assorted machine-gun synth interjections, the slightly effected tones of various pistons, motors, and machines, and even the occasional cartoon spring noise. Moments like these serve to foreshadow both James’ later work, as well as the infinitely more complex twists and turns that IDM would make in the years that would follow.

They say next to no one heard the Velvet Underground’s first album when it was released, but everyone who did went on to start a band. Listening to Selected Ambient Works 85-92, one can’t help but imagine the seeds being planted in the imaginations of the lucky few who were there when it all began. Nestled in these simple, undeniably danceable tracks are the roots of contemporary IDM. And despite its somewhat primitive origins, the final product remains among the most interesting ever created with a keyboard and a computer.

It's been announced that Aphex Twin has been nominated for a 2019 Brit Award.
Richard D. James will line up against Craig David, George Ezra, Giggs and Sam Smith for the Best Male Solo Artist award.
The nomination marks RDJ's third nomination in the category, having lost out to James Bay in 2016 and Robbie Williams in 2002.
Here's the full list of nominations for this year's awards, which will be held on 20th February.
It was recently announced that Aphex Twin and Massive Attack will headline Mexico's Ceremonia Festival. Richard D James will also play Coachella in April.

Copyright Thrust Publishing Ltd. Permission to use quotations from this article is granted subject to appropriate credit being given to www.djmag.com as the source.