So I've had this issue for a while and I cannot for the life of me make any headway. Any time I create a new VM and attempt to install 32 or 64bit Ubuntu Server 14.04 or 16.04, the VM goes straight to PXE and throws an 'Operating System Not Found' out.

Store the original file, with all of the layers intact, as a separate file in case you ever need it. PDF software rarely presents display problems when files are opened on a computer or device, or even when they’re printed. Could not print to pdf mindmanager. Flattening layers as you complete certain elements is one way to help alleviate this problem, however, each time you flatten layers, be sure to save a new version of the document.

My datastore is an NFS share, and I'm using known good ISOs. The virtual disc drive is connected at boot. I can install WinServer08/12 without issue using the same method. Worth noting I am using the WebUI to manage ESXi.

Any help would be greatly appreciated.

EDIT: I'm a fucking idiot and forgot to set permissions on my NFS server before trying to read the ISOs. Permissions are set, and 4 VMs spinning up now.

Thanks for the responses guys. If nothing else if I have an issue like this that isn't permissions related in the future I'll have this post for reference.

I have a dhcp server running PXE, and a client I need to install ubuntu on through PXE.

I managed to get the installer working. it goes through the installation fine with the help of a kickstart file, but suddenly stops at the 'installing the system', and says that it encountered an error. I have no idea what causes this, or how to fix it. any help?

the error is this generic failure, that doesn't give me anything to go on:

to install the PXE server i used this guide, to the letter https://help.ubuntu.com/community/PXEInstallServer 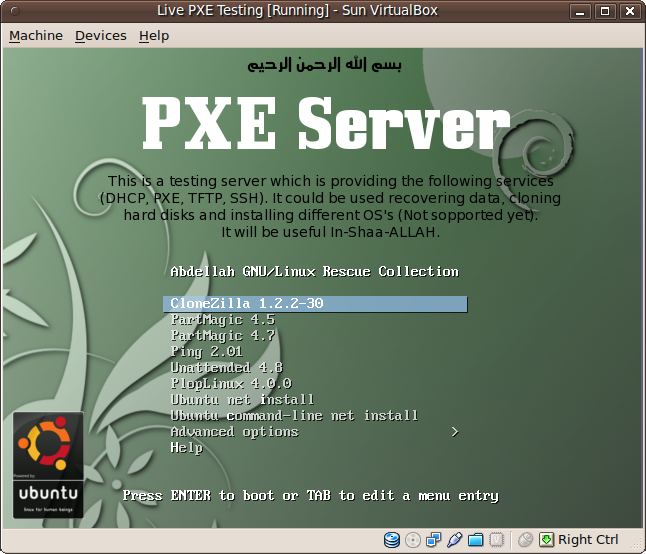 It looks like it's an error occurring on all newer versions of ubuntu. The newer Ubuntu versions use something called squashfs, during installation, but the PXE server doesn't inform were the .squashfs file is, so the installation fails.

to solve it, just add the following to a preseed file

Not the answer you're looking for? Browse other questions tagged ubuntu-14.04pxe-bootkickstart or ask your own question.